“Then came the daughters of Zelophehad …And they stood before Moses, and before Eleazar the priest, and before the princes and all the congregation by the door of the tabernacle of the congregation saying…”Why should the name of our father be done away from among his family, because he hath no son? Give unto us therefore a possession among the brethren of our father. And Moses brought their cause before the Lord.” Num. 27: 1-5. (KJV)

Zelophehad died having no son. He had only daughters. As a result of this, he had no male offspring to take over his inheritance. But his five daughters knew of their privileged access to God through Moses. So they rose and demanded for what was rightfully theirs – their father’s portion of the inheritance so that it would not be lost and his name forgotten just because he had only daughters. These ladies stood together in agreement. They bonded themselves together to fight for the preservation of their father’s inheritance. They were not intimidated by their gender. Their aim was to possess and secure their father’s lot. As a result, they were not only rewarded with their allotment but God also decreed a law of inheritance with a defense clause for women (Num. 36: 3-4, 5-9); and their remembrance is from generation to generation.

As Christians, we also have an inheritance in God secured for us by Christ Jesus; which is accessible upon our covenant relationship with God (Eph.1:11; Eph.1:18). Ignorance of this inheritance accounts for either non-utilization or misuse of our privileged access to God in prayer. The daughters of Zelophehad knew what was to be theirs by virtue of their relationship with their father. Spiritual exploit through access to the Divine is only for them that know their God and His provision for them.

Millions of men, women and children around the world are languishing under the yoke of sin! These are God’s inheritance for which Christ has paid the price. God has called you into the ministry of reconciliation; to stand in the gap between Him and these people so that they might be saved. He is looking for intercessors, who will cry day and night for the salvation of men, women and children spread all over the world. He is eagerly waiting for us to possess the nations for Him.

“Ask of Me, and I will give you the nations for your inheritance, and the ends of the earth for your possession.” Ps. 2:8

God needs men and women who will rise out of their ease and complacency and speak up to defend His heritage in the nations. He is in dire need of men and women who will not be satisfied with tea parties, breakfast meetings empty of His purpose; meetings that only pursue uniforms and monthly contributions. His desire is that men and women everywhere will arise and stand boldly to demand for their inheritance through Christ Jesus. People are dying and going to hell in great numbers because we are not asking God to save them.  The Bible says, “We have not, because we ask not…” (James 4:2). Do not be afraid to ask God for the nations.  The challenge is: why will your Father’s inheritance be destroyed when Jesus has already paid the price for their redemption?

These five ladies did not waste their time complaining to their uncles and nephews or murmuring about in the camp. Although they were bold, they did not use that resource to instigate rebellion among the people of God. They saw the challenge and went to the right place where their demands would receive attention. They understood that arguing with men would be a wrong approach; therefore, they made their request known to God. They spoke to God. They made a bold demand, “Give us a possession among our father’s brothers.” Num. 27:4

Until you rise and speak up to defend the heritage of your Father, your family, friends and all who are in the shackles of sin will not find salvation for their souls. Speak to God, and not men, over the decay in your nation. Complaints, murmuring, and analyzing the challenge you may be facing cannot bring about the deliverance you need.

“Be anxious for nothing, but in everything by prayer and supplication, with thanksgiving, let your requests be made known to God; and the peace of God, which surpasses all understanding, will guard your hearts and minds through Christ Jesus. Phil.4:6-7 (NKJV)

Beloved, what you pray for reveals your priority. Some people go about boasting about their prayer grace and testimonies of their moments of travail in prayer. They have many disposables to show as answers to their fasting and prayers but their eternal score sheet in heaven is empty. What a waste of divine opportunity and space! Are you not ashamed that you have many clothes, shoes, jewelries, daily sumptuous food on your table as evidence of your prayer exploits while there is little or nothing of eternal value you have collected from the presence of God?  When will you begin to be concerned about the concerns of your Father in heaven? When will you move away from the “give me Christian” syndrome? When will you come of age and ask God for eternal things? It is time to plead for the heritage of our God. Child of God, what are you doing with your prayer opportunities? The daughters of Zelophehad will challenge you in eternity. You can make a change. You can begin to do away with lesser issues. Rise up and maximize your access to the Father to bring down the establishment of His kingdom over lives and nations. You can begin from your immediate family, school or class mates, professional colleagues, friends and neighbours. Be wise. Demand for their salvation from heaven and you shall receive (Matt.7:7). It is a worthwhile pursuit. 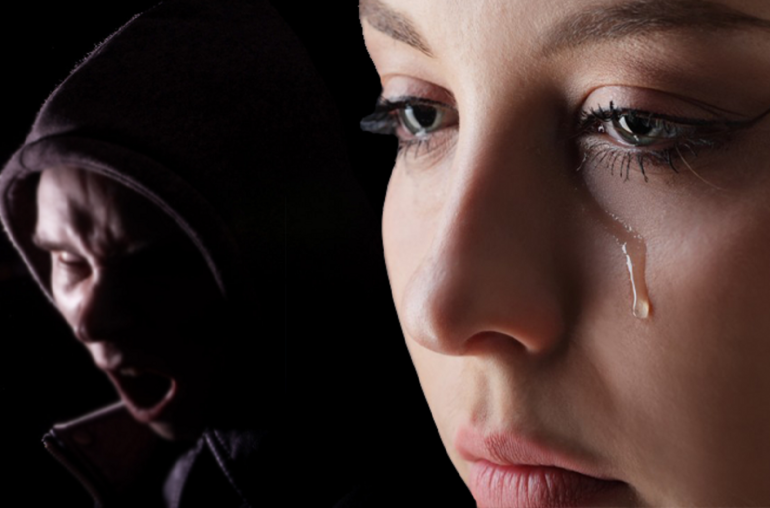