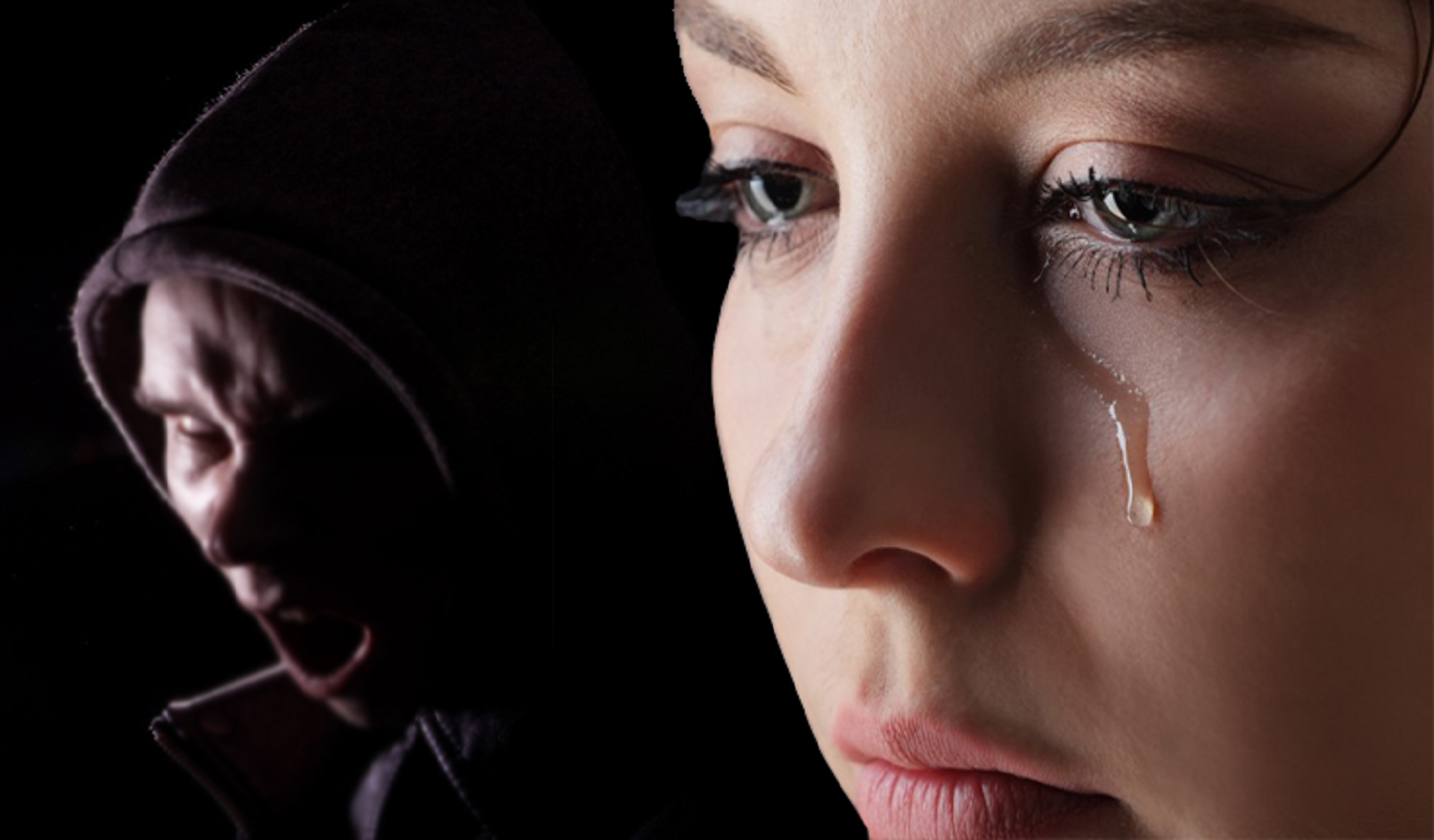 The story is told of Tamar in 2 Sam. 13:7-15 T (NKJV). She was King David’s daughter. She was a virgin, beautiful, and innocent with great prospects in life. She was an obedient girl. But the sad and unfortunate thing that happened to her closed her chapter in the Bible. Nobody heard of her again. In the story, her father at the request of her half-brother Amnon sent her to his house to cook for him; for he had deceived their father David that he was sick and desired to eat only food prepared by his sister Tamar.

After preparing the food, Tamar gave him to eat but instead he refused and ordered everyone else to leave the house. He then asked her to bring the food into his bedroom. But this strange behaviour did not ring any warning bells in her head! She innocently but foolishly did as he requested and carried the food into his bedroom. Her innocence was so pure that she thought nothing evil concerning her brother’s action. She was so concerned about his brother’s sickness (even though faked) that her heart desire was to see him eat her food and get well. She did not know that Satan was setting a trap for her. The Bible says, “Be sober, be vigilant because your adversary the devil walks about like a roaring lion, seeking whom he may devour” (1 Peter 5:8). Now when she had brought the food to him to eat, he took hold of her and said to her, “Come, lie with me, my sister”.

Sister, temptation normally comes when nobody is around. The story of Joseph and Potiphar’s wife in Genesis chapter 39 is similar to this story.  It was when Joseph was alone with Mrs Potiphar in her room doing his housework that Satan, using the lust of the woman, tried to end Joseph’s walk with God and bring to an abrupt end God’s plan for his life; but he fled leaving behind his garment in her hand. Joseph refused to compromise his faith by doing evil even though no one would have known that he had slept with his master’s wife. And if he had succumbed to Mrs Potiphar’s demands, it could have meant cheap sex for him with material benefits as a bonus.  But then he would have missed out on his destiny in God’s plan for his life, only to become a sex slave until his death as a slave in Egypt.  Joseph carried God in his life.  He had a dream which he never lost sight of until it was realised and he fulfilled the destiny God had ordained for him right from the time he was a boy in his father’s house.

The word of God says: “No temptation has overtaken you except such as is common to man, but God is faithful, who will not allow you to be tempted beyond what you are able, but with the temptation will also make the way of escape, that you may be able to bear it” (1 Cor. 10:13). Joseph at the peak of his temptation ran. He did not waste any time preaching to the woman. He ran out for his dear life.

In contrast, Tamar lost focus at the peak of her temptation and wasted precious moments she could have used to escape in trying to reason with Amnon who was already captured by lust and was no longer in control of himself! ”But she answered him, “No, my brother, do not force me, for no such thing should be done in Israel. Do not do this disgraceful thing! And I, where could I take my shame? And as for you, you would be like one of the fools in Israel. Now, therefore, please speak to the king; for he will not withhold me from you.” (2 Samuel 13:12-13). She preached a beautiful sermon to him but that could not save her. The Bible says: “Flee fornication.” 1 Cor. 6:18 KJV

Sister, your preaching to a man who is carried away with passion cannot help you unless you too want to be a casualty. This is because, at such a time, all his sense organs are taken captive by the devil. Such a man at that point does not care whether it is even his daughter, sister, or a close relative. His eyes cannot see nor his ears hear properly again, except for him to achieve his desire. His understanding is lost. He is consumed with lust. A man under such control is an instrument of the devil for destruction and can defile anything female available. Note that men that have lost their senses are unusually stronger because Satan is the one at work at that time. The Bible says: ”However, he would not heed her voice; and being stronger than she, he forced her and lay with her” (2 Samuel 13:14).  Thus, Amnon grabbed his sister, forced her and lay with her, defiling her.  Do not allow yourself to be placed in such a situation in which you will be forced to struggle against such inhuman strength; you will be overpowered and defiled. After Amnon had achieved his desire on Tamar, the Bible says: “Then Amnon hated her exceedingly, so that the hatred with which he hated her was greater than the love with which he had loved her…” (2 Sam. 13:15).  Any love that any man professes for you today as an unmarried lady outside Christ is deceptive; it will only end in regrets tomorrow.

Satan was behind every sinful act of Amnon. When the devil succeeds in damaging the life of any young lady, her life becomes one of sorrow and misery. Therefore, if any man is proposing illicit love to you, run for your dear life. Such a man is only after your body. He may spend all his time, money, energy, wealth etc just for your body.

You may be saying, “But the man showing interest in me is so caring. He gives me money at any time of my need. Maybe it is God who has been meeting my needs through him.” My dear sister, be warned!  Have you prayed about it? What is God saying to you about that kind of care?  All of those pseudocares are but camouflaged baits to defile the temple of God whom you are. The word of God says:  Casting your care upon Him, for He cares for you (1 Pet. 5:7). The way you are going about your needs will give Satan the opportunity to sponsor his agent to destroy you.

When Satan has sponsored a man to destroy you, he does not mind spending his money, time, and energy to get you. But as soon as he succeeds in getting what he wants from you, he will throw you out and bolt his door behind you just like Amnon told his servant to bolt the door behind Tamar.  If you are unfortunate and the act of fornication results in pregnancy, and you tell him that you are with child by him, he will warn you never to mention his name or he will make sure that you are disgraced publicly.  Some ‘area-boys’ may even be sponsored to visit you just to add more sorrow to you and your parents. The illegal relationship will be cut off; the friendship that had been so promising will end; the often professed love will become cold; the gifts that used to be brought with each visit will cease; the erstwhile sweet smiles will turn to sour-faced frowns; the joy and happiness that attended every meeting will turn to bitter anguish.  Be careful and be a wise young lady! Run away from such a relationship!

Tamar ran to her elder brother, Absalom, and remained there. (2Sam. 13:20). If you have already been badly beaten and battered in your unguarded hour, run back to your elder brother, Jesus Christ now (Rom.8:29). Absalon handled Amnon wrongly and took vengeance by himself. But Jesus is the only one who can effectively deal with the one (Satan) who had plotted and sponsored your defilement.  In Christ Jesus, you have hope even if your garment has already been soiled and torn as a result of sin. Do not remain desolate. Run to Jesus; he can make a difference. He can change your story. ”For there is hope for a tree if it is cut down, that it will sprout again, and that its tender shoots will not cease”  (Job 14:7).

Thank God Jesus Christ came to the world and died on the cross for you and me. The Bible says, ”…though your sins are like scarlet, they shall be as white as snow;…”  It is only His blood that can wash away your sins if you can come to Him now. The Bible says, ” Surely He has borne our griefs and carried our sorrows; yet we esteemed Him stricken, smitten by God, and afflicted.  But He was wounded for our transgressions, He was bruised for our iniquities:…”Is. 53:4-5. He is the only one that can handle the issue of your vandalization by Satan. It is only Jesus that can repair and put together your battered and tattered life again. He is the only one that can put an end to the havoc committed against you and the misery you have been plunged in by the devil and give you hope and peace. Come to Him now. Open up your life to Him. Confess all your sins to Him. He will forgive and accept you. He will change your story and give you a second chance. Remember young lady, you have a destiny in Christ. You are meant to be a great instrument in God’s hand.  Do not allow the devil to rob you of the treasure you carry.  Be wise! There is something God wants to do with your life.  Do not close your chapter with sin. Heed this warning and run for your life. Be sensitive, be wise, be vigilant and God will help you to end well in Jesus’ name.

Not Silver, Not Gold 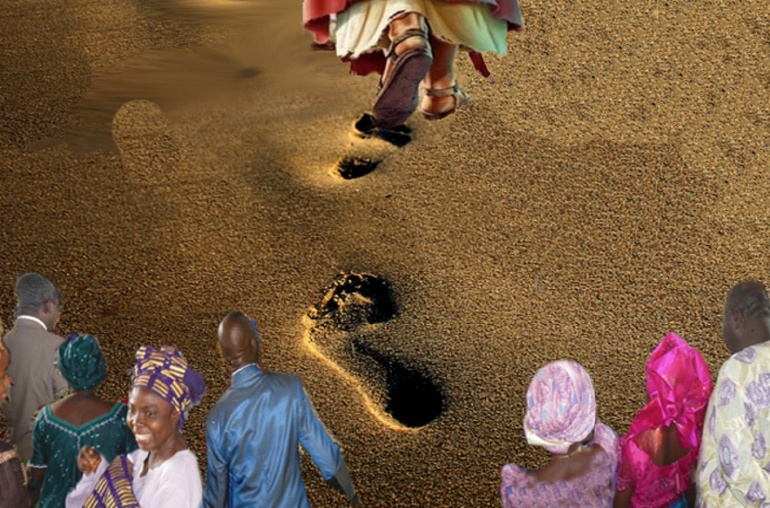 Distractions to Making Disciples on the mission field