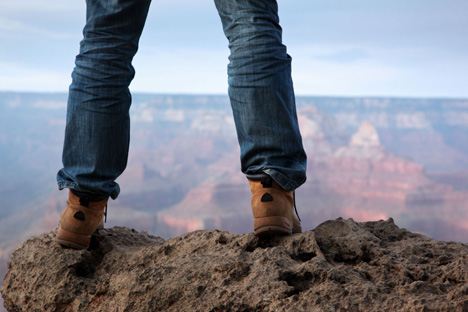 “And the third day there was a marriage in Cana of Galilee; and the mother of Jesus was there: And both Jesus was called, and his disciples, to the marriage. And when they wanted wine, the mother of Jesus saith unto him, They have no wine. Jesus saith unto her, Woman, what have I to do with thee? Mine hour is not yet come. His mother saith unto the servants, Whatsoever he saith unto you, do it. And there were set there six waterpots of stone, after the manner of the purifying of the Jews, containing two or three firkins apiece. Jesus saith unto them, Fill the waterpots with water. And they filled them up to the brim. And he saith unto them, Draw out now, and bear unto the governor of the feast. And they bare it. When the ruler of the feast had tasted the water that was made wine, and knew not whence it was: (but the servants which drew the water knew;) the governor of the feast called the bridegroom, And saith unto him, Every man at the beginning doth set forth good wine; and when men have well drunk, then that which is worse: but thou hast kept the good wine until now.” (John 2:1-10 KJV)

I see the Holy Spirit pointing to several issues from this portion from the word of life. The first, being that of the standing of the water pots, vis-à-vis my standing.

“And there were set there six waterpots of stone, after the manner of the purifying of the Jews, containing two or three firkins apiece.” Verse 6

They are standing there available for use.

Their availability was because they were standing. Standing as they were set. They were not lying there else they would never have found usefulness in such position. He who set them there set them standing. Standing there for a divine purpose. Though such divine use tarries yet they were standing there. Oh what an issue for my heart to ponder on! Am I still standing were the death and resurrection of Jesus, and His finished work on the cross at Calvary set me? And there were set there six water pots…

They were water pots of stone, carved and crafted for a divine use before that time. They had been used for ritual feet washing before now when men sought for sanctification, but has now become abandoned. Yet they kept standing there as they were set. Though presently abandoned, yet remain they water pots of stone. They refused to be converted for other use than that for which they were carved and crafted for – water pots. They were made of stone by their maker and not of clay, hence men could not easily break them; they could only have been used for alternative purposes if they subscribe to such. And it seemed they did not. Oh, what a challenge here for me! They seemed to have waited for a time when they will be found useful in the hand of the Lord.

Each was a container of several gallons. Though six in number, showing they were in a team, however, they could yet be identified by the capacity to which each was carved. This pointed to the volume of grace they had obtained to withhold the thirst in the hearts of men. None hid under the grace of another to remain shallow, but have individually yielded to the hands of the Master in other to have sufficient to supply in the day of need. Hence, each was a container of several gallons. This is so challenging to my heart in such a day as this that we are in.

O Lord, here is my cry unto you. I am here and available for you to fill me for thy use among thy Church in these days of need. When the wine has finished and men are now serving that which is worse, O Lord, find me a vessel in your hand to bring back the new wine unto thy people. A container with a capacity deep enough to hold that which can serve the thirst of your people. Let me not raise the hope of the Church only to run out before their thirst is taken care of.  Your divine purpose is what your grace has kept me “standing” all this while, for to serve. May I not surrender the Lord’s labor in carving and crafting me for divine purpose unto alternative use  in Jesus name. Amen.